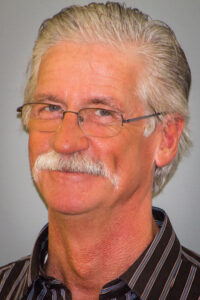 We are Played for Fools

The recent election has shown most of us that the democrats, and some in our own party too, are using us like puppets on a string.

For decades, our government leaders have been telling us how enlightened we are and the things that the press and internet inform us on is an expression of our freedom of the press and the 1st Amendment.  Years ago, to a large part that had more truth to it.  However, starting in the seventies our news sources and officials began using vague terms like “Anonymous Sources” and things like “Our Sources” tell us, which I think means nobody told us anything and it is all made up because they NEVER seem to Verify those sources.  It is just a License to Lie!  Now if you want to accuse someone you say Whistleblower.

In short, nobody is held accountable anymore.  We have videos of groups like Antifa, Black Lives Matter, and others hurting people and rioting, and some lame ass liberal says it is their right; and talks like it is a virtue and ignore the rights of some poor soul caught up in it, because they happened to be in the area.  None of those people are prosecuted because if they are arrested, some Jackass like George Soros, Kamala Harris, or some group pays their bail.

Look at the States like New York or California stomping on our religious rights and a dozen others in the name of Pandemic.

People are so thin skinned that a mere word causes them to seek psychiatric help or they start crying their eyes out.  TOUGHEN UP PEOPLE!!

Are you kidding me?

Most of the millennial generation are such a bunch of phony, indoctrinated sissies that they can not function without the help of some society help benefit.  Most have no sense of real history, respect for religion, and are only looking for something free.  Most do not know the Constitution or Bill of Rights; that many brave patriots have died for, to provide them with.  They will give up any of those rights for a free cell phone (which they can not seem to function without).  They need a phone or computer to find the bathroom if they even know which one to use.

Now the democrat party has stolen an election, something that I thought was impossible in this country.  They have given it to a fossil who cannot even put two sentences together, along with the most liberal Vice President ever seen.   God Help Us!

Reagan said, “We’re only a generation away from losing it all.”

With the Vipers on the Left, I think it all maybe flushing down the crapper.

This Country needs a Revival or a Revolution.  Preferably a Revival because America NEEDS the HAND of GOD.